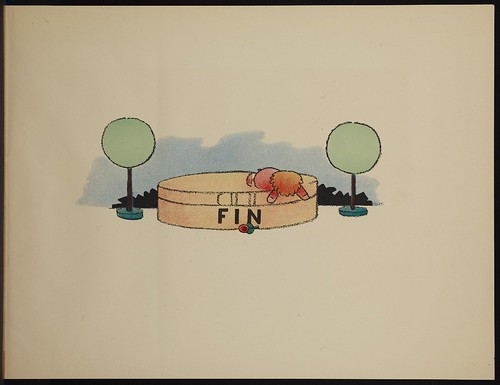 In Ms. Simmons began a series with projected backdrops - the ballet, grand interiors, exotic lands, from the pyramids to Red Square - that played on the fantasies commonly found in women's magazines. The brightly colored dolls parade in front of these scenes in a way that suggests how deeply false - but how deep nonetheless - are these ideals of elegance, glamour, and freedom for women.

Simmons's work here intersects that of Ellen Brooks, who photographed dolls for several years, arranging them in feminist tableaux vivants. The French photographer Bernard Faucon has staged more mysterious dramas with toys. More recently, Ms. Simmons has dropped her dolls into swimming pools sometimes swimming along with them , photographing their tiny bodies as they float implacably through the blue.

In her show last year at Metro Pictures, she exhibited her pictures of ventriloquists' dummies, a series she began in The role of the doll as surrogate, as a mask and front for human projections, was made explicit. The dummies were constructed types - the dumb but suave, tuxedoed male; the prissy, buttoned-up middle-aged female - and Ms. Simmons played on our readiness to invent their characters. She photographed them in the style of the full-length portrait. What photographs seem to tell us about people, while merely reinforcing what we bring to the picture, is at the base of her work.

Behind much of the sculpture that uses toys is an interest in scale and transformation rather than narrative, a curiosity about what takes place in expanding or shrinking an object from its familiar size.

Towards a Theory of Toys and Toy-Play

Jeff Koons played tricks of this kind in his show last year at Sonnabend when he enlarged Hummel-like animal and human couples into monumental sculpture, blowing up figurines into statues, kitsch into ''art. For more than two decades Charles Simonds has looked through the other end of the telescope, building miniature clay ruins for a race of vanished ''little people. The idea of civilizations at our feet or high above us has mystical charm, but only as long as the scale stays smaller-than-human.

To make a handheld object gigantic, as Koons does with deliberate grossness, can go beyond the comic to the horrifying.

Susan Leopold's voyeuristic peep-boxes invite the viewer to look through a wide-angle lens at a meticulously constructed urban scene: a subway platform, abandoned cars beneath an expressway, out a window at water towers, down a staircase. Human figures are absent, but her rooms are awash with moody light, like a Hopper painting. Her work offers the pleasures of 17th-century Dutch art - spying on an inhabited world - and harks back to Samuel van Hoogstraten's much larger peep-box installed at the National Gallery in London.


The dolls in Ellen Phelan's watercolors and gouaches, 12 of which were shown last year at the Whitney Museum, are lovingly rendered, sad creatures whose unstinting friendliness - cute smiles and extended arms - can't overcome the needy look in their eyes. Less concerned with narrative than with realistic portrayal of her extensive doll collection, Ms. Phelan exposes emotional relationships, ''the female sense of the self,'' questions of passivity and affection. A doll is an effective vehicle for the performing self.

Anne Walsh, a student at Cal-Arts, has photographed dolls for several years because ''it's a way to talk about things that otherwise would be too personal - memory, loss, childhood. In Laurie Simmons collaborated with Allan McCollum on a brilliant series called ''Actual Photo,'' in which they portrayed, with the aid of a microscope, the heads of plastic figures, some no more than a quarter of an inch high.

This contrasts directly to Andy, the owner of Woody and Buzz, who invents an entire narrative universe with these cloth and plastic figures, playing with them endlessly, and non-destructively, in the solitude of his bedroom. Only rarely do they show them to their little friends, all the while imploring them not to touch.

Why had I been disturbed by the idea of toys coming to life? Why had my infantile wonder turned into a form of inexplicable terror later in life? Childhood is often perceived to be the realm of irrational fears.

Yet it is the child — both in fiction and in real life — who remains utterly fearless while imagining living dolls. The progress to adulthood is synonymous with the development of a rational outlook and the embracing of the scientific temper.

Yet, in spite of fortifying the mind with reason, adults remain strangely vulnerable to the terrors exercised by a grey, unexplained world. Does this not make children, and not adults, far more receptive to the unexplained? Is not this adult terror a symbol of the limitations of the culture of reason itself? The other remarkable feature about Andersen is the horror and cruelty that mark the world he creates for children.

The tin soldier melts and dies; the top forgets the ball when the latter turns old and withers; the daisy is thrown out on to the street after the death of the bird. In fact, the tin soldier melts to his death after a child, inexplicably, throws him into a cooking stove.